On the 4th of August a massive explosion took place in the port of Beirut. The preliminary investigations pointed out to 2,750 tons of ammonium nitrate – a chemical compound known for its ability to accelerate combustion – that have been stored for 6 years at the port in absence of adequate safety measures and precautions. The pressure wave of the explosion impacted areas up to 20 km far from the blast center. It left behind at least 200 dead, more than 5000 injured, many missing and around 300,000 without a shelter. Many of Beirut’s architectural heritage were directly impacted. Buildings in historical districts such as Mar Mekhayel, Gemmayzeh, Medawar, Achrafieh, Zouqaq El-Blatt and Khandaq Ghamiq have been severely damaged. Stones, rubble and shattered glass filled many streets and alleys in these districts. The scale of damage is unprecedented. Important pillars of the city’s heritage landscape, such as the Sursock Museum and the Sursock Palace are in bad condition. The facades and the interiors of Electricity of Lebanon, Pierre Neema’s (1965-1972) modernist architectural landmark of Mar Mekhayel, are devastated. Among the victims of the explosion is Jean-Marc Bonfils, the French-Lebanese architect who had contributed himself to the rehabilitation of a historical 1907 building for the post-war opening of the National Library of Lebanon in 2018.

In response to the massive destruction, various community groups and urban activists took on their shoulders the task of cleaning up the streets. The American University’s Faculty of Engineering and Architecture established a hotline for post-disaster building structure safety. The Non-Governmental Organization for Sustainable Development (ODDD) developed a map for pedestrian safety in the affected neighborhood. Other community groups have been organizing themselves for preserving the city’s architectural heritage. Online forms have been developed for architects and engineers to register and volunteer in the anticipated rebuilding and conservation efforts. In the short hours following the explosion, maps of affected buildings were being developed and shared online among the different groups. Architects, conservation engineers, and heritage protection groups circulated calls for action on different media platforms. A week after the blast took place, UNESCO and the Director-General of Antiquities at the Lebanese Ministry of Culture, together with other international partners, started developing an action plan for the safeguarding of Beirut’s architectural heritage. 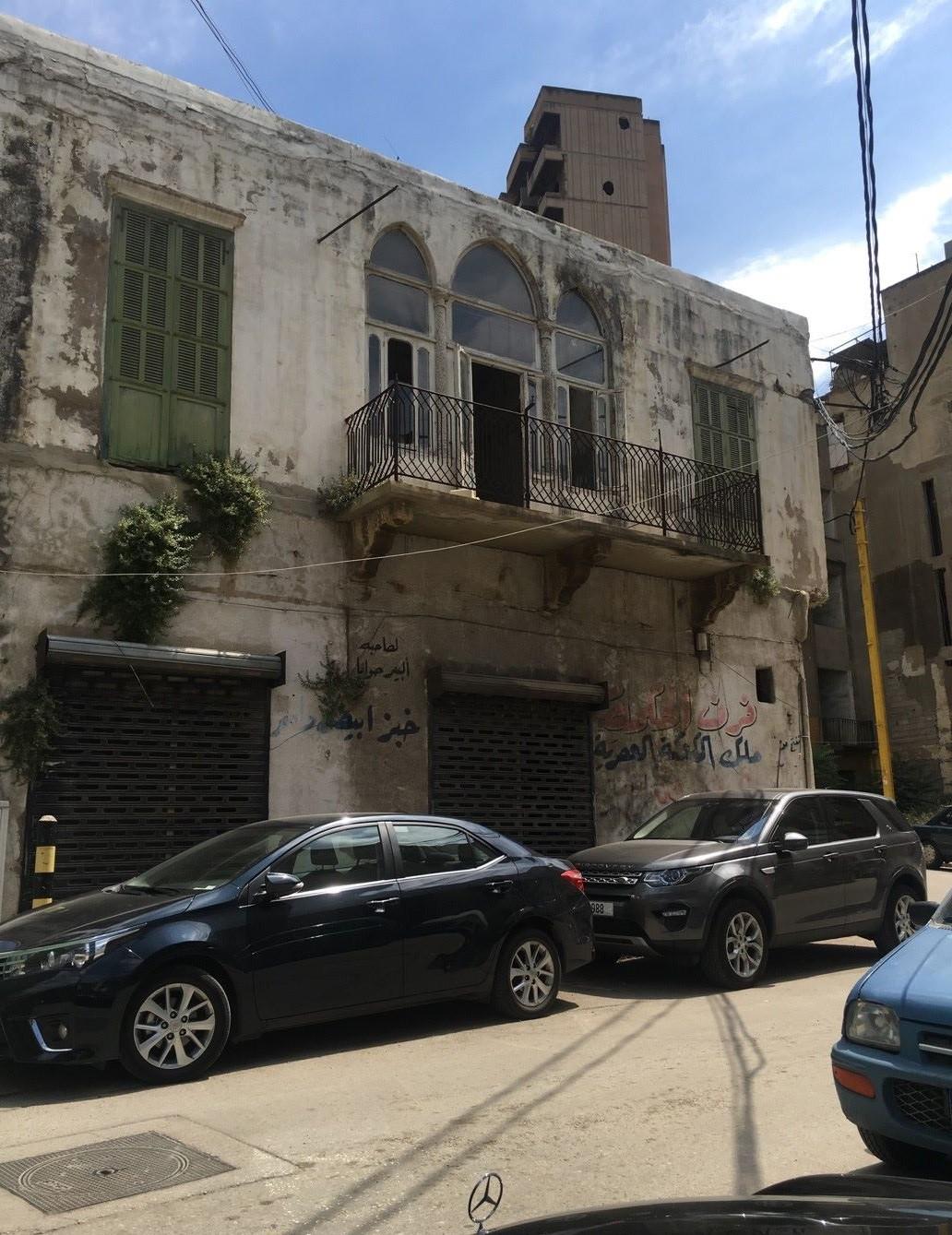 An example of Ottoman and French-mandate architecture in Gemmayzeh district, June 2018. As a result of their construction techniques, buildings of this style were severely impacted by the port blast. (John Hanna)

Architectural and cultural heritage in Beirut have been of particular relevance for the previous few decades. Particularly, following the end of the civil war during early 1990s, when the reconstruction of Beirut city center involved the eradication of a large share of the city’s Ottoman, French-mandate and modernist architectural heritage. Lebanese activists, architects and historians opposed the reconstruction plans – arguing that in addition to these plans being elitist, selective and exclusive, they hardly reflect Beirut’s cultures and the multiplicity of its histories. Ever since the reconstruction of Beirut’s downtown, and like many of its neighboring cities in the region, the city has been slowly and incrementally losing its valuable architectural heritage. With the absence of comprehensive heritage policies and regulations, historical buildings are regularly taken down by developers to make the way for profitable vertically dense architecture. 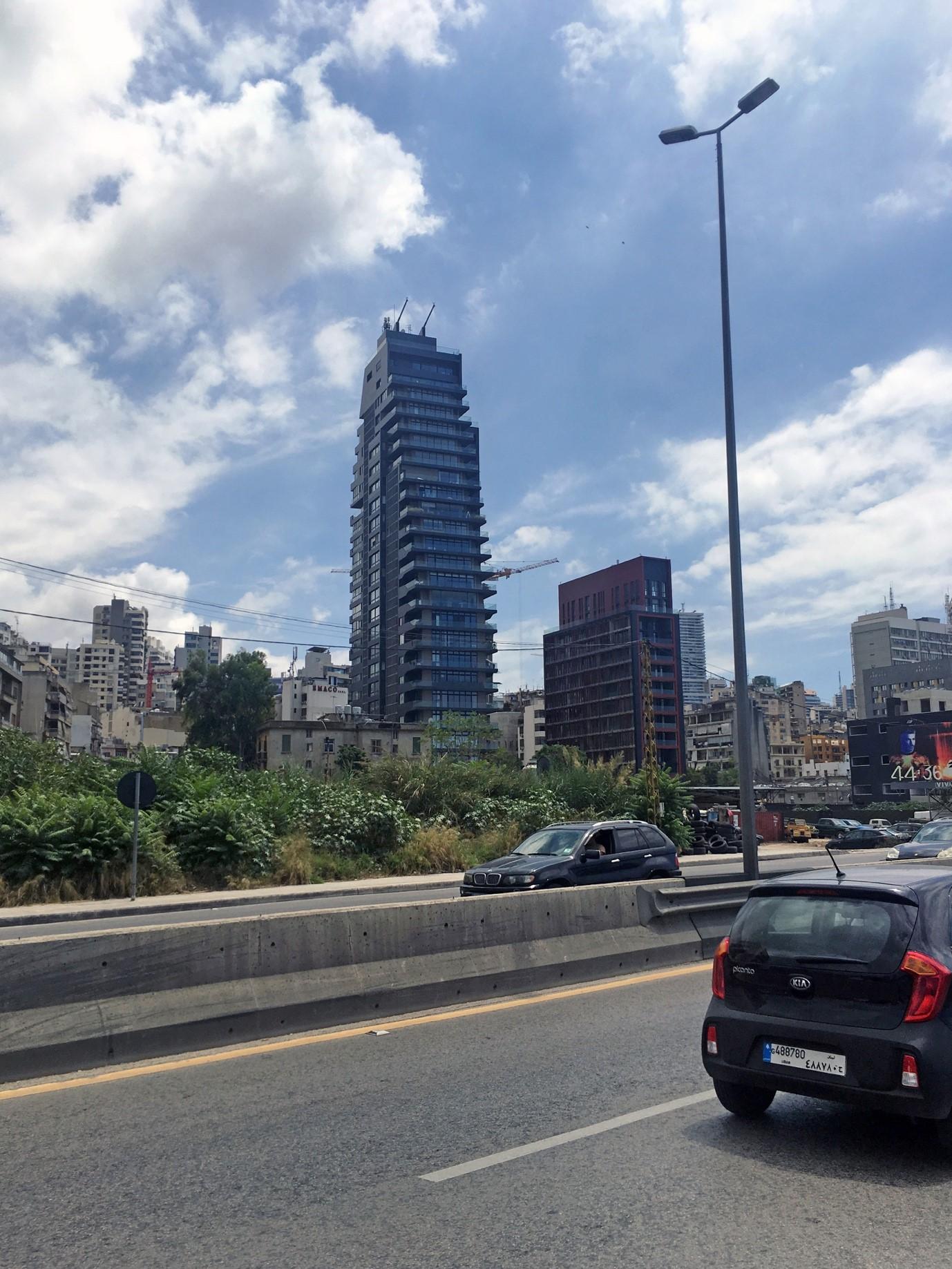 View of Mar Mekhayel neighborhood from Beirut Port district, June 2018. Being an adjacent neighborhood to the port, Mar Mekhayel faced the largest share of the destruction following the blast of August 2020. Mar Mekhayel is famous for nightlife, arts and culture activities.  (John Hanna)

Today, following the blast, this issue of heritage remains very serious and relevant. However, its primary relevance lies in it being symptomatic of fundamental governance and structural malpractices. The explosion which left around 300,000 individuals without a shelter was the last of a series of consecutive events that exposed the incompetency and inefficiency of the existing governing system. Over the past 10 months, thousands of citizens have been protesting in the streets of Lebanon against severe economic and environmental crisis, which they held the existing political class and the deep-rooted corruption accountable for. On the 8th of August, only four days after the port explosion, thousands of young people marched from the devastated Electricity of Lebanon building through the streets of Gemmayzeh to the center of Beirut to express their anger at the callous conditions and failed institutions that enabled such tragedy. 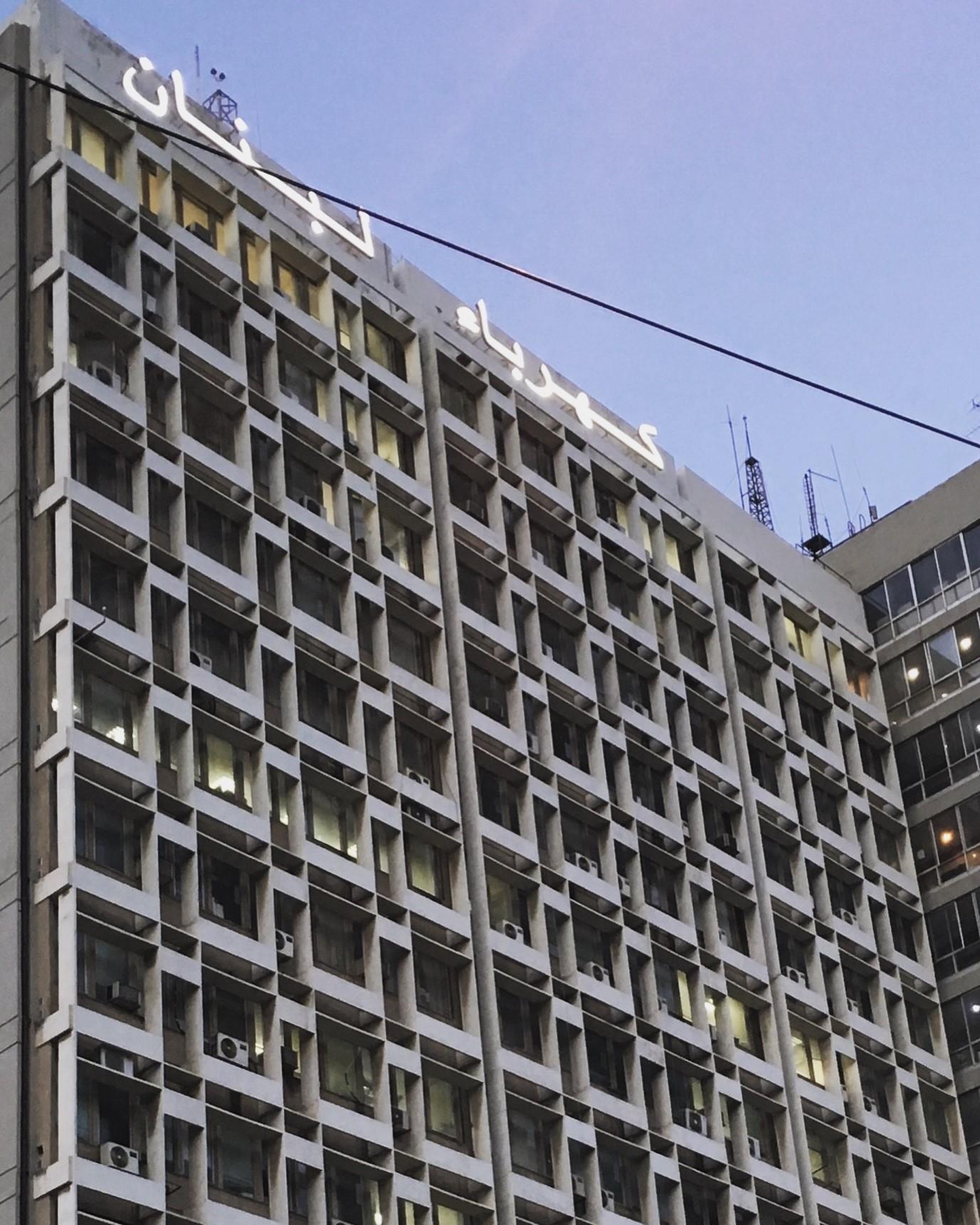 Electricity of Lebanon building in Mar Mekhayel district, November 2018. One of Beirut’s modernist landmarks, the building is a collaboration between local and foreign architects. In its original design, the building provided a large accessible public space in its underground level. The port blast of August 2020 caused major destruction to the building facades and interiors. Modernist architecture in Beirut have often suffered from a limited attention as a valuable form of architectural heritage. (John Hanna)

With thousands of units rendered inhabitable by the explosion, the priority of many community groups is clearly to provide the affected population with much needed roofs over their heads. However, heritage conservation cannot wait forever. Many residents of the affected neighborhoods have already received compensation offers by opportunistic developers to leave their houses following the blast. Local architects and planners are concerned that without sufficient state protection, these neighborhoods might face a massive wave of demolitions and inevitable gentrification. At the same time, most involved stakeholders are aware that a strictly technical approach to the destruction caused by the blast will probably be insufficient. It will stop short at providing any sustainable solution – one that responds to the expectations of the affected communities. Not only this, but it may as well undermine the efforts of the different segments of the Lebanese society who are currently calling for a complete political and structural reform that adequately meets their hopes and dreams for an inclusive urban citizenship. Only a community-responsive and politically-aware conservation of the city’s heritage and architecture can counter the very configurations that caused its destruction.