Documenting heritage has long been an important activity for scientists and artists of all times. From the first scientific drawings made by Englishmen Lukis and Dryden of the Drenthe dolmen in 1878 to a laser scan done by students of the TU Delft to study the surface erosion of the same dolmen in 2020. Mapping heritage is a timeless effort, the techniques however are ever evolving. Roderik Lindenbergh is evolving today’s methods by letting himself be challenged by the past.

“Digitally mapping objects, small and large, is often done by using photogrammetry. Nowadays it is an easy way to generate a point cloud, a set of spatial data points covering the visible surface of an object. This technique was for instance used to create the movie Avatar – where actors were filmed wearing special green screen suits with trackable points. Today however, all you need is a smartphone and a simple app”. Roderik Lindenbergh is an Associate Professor for the Faculty of Civil Engineering and Geosciences at the TU Delft and an expert at digitally mapping objects. He continues: “Another way of scanning that provides accuracy down to the millimetre is using a laser scanner. The device used it not much different compared to the little laser scanner you can buy at your local home improvement store to measure smaller distances like your ceiling height”. 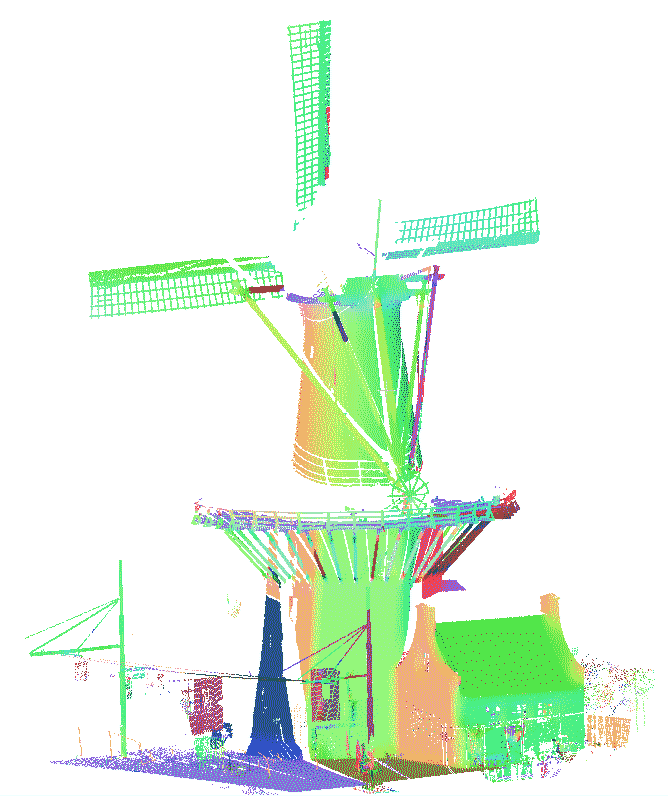 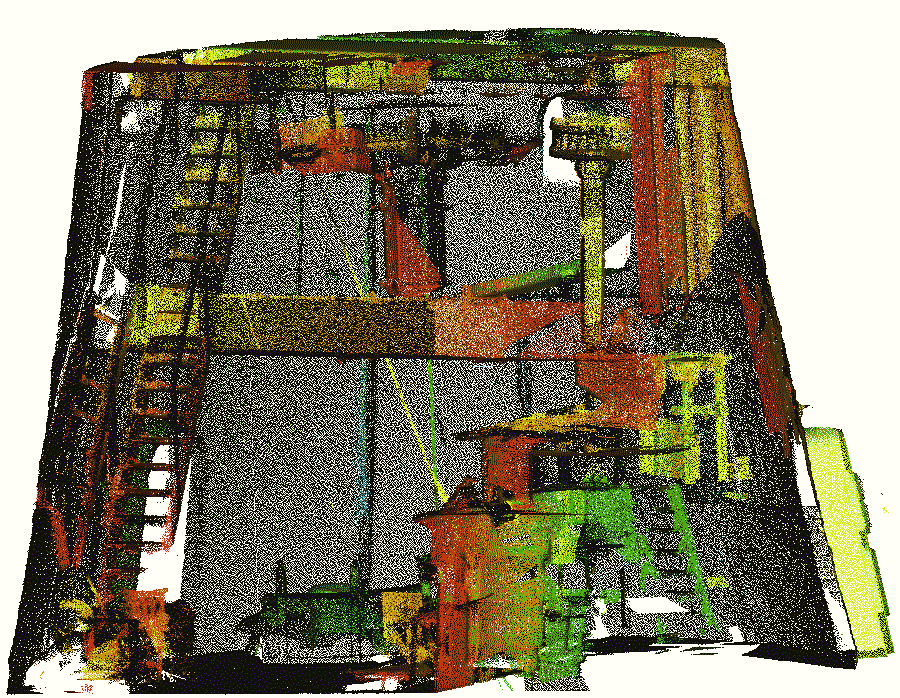 Scans of both the outside 1) and inside 2) of windmill de Roos.

It used to be a familiar sight for people who went by train to Delft. Just before you reached the train station you would see windmill De Roos, letting you know you reached the city centre – time to get out! In a grand urban redesign of the area surrounding the train station it was decided that the windmill had to be lifted up to allow a new train tunnel to pass under it. Lindenbergh and his students carefully mapped the historic windmill before the move. “It is a joy to work with heritage because of the problems it throws at you when trying to perform a task. We quickly scanned the outside of the windmill, but the inside was incredibly difficult to do because of the intricate wooden beam constructions everywhere. A laser scanner obviously cannot scan around a corner, so this was a meticulous job forcing us to get creative in order to capture everything we wanted”. The scans provide valuable information about the construction and state of the mapped building. “After mapping we can digitally disassemble the windmill piece by piece to better understand its construction – or use special software to calculate the loads each of the beams are under to determine if the construction is still sound. Potential critical points can be pinpointed and addressed by experts”.

On the 19th of April 2019 a devastating fire scarred the iconic Notre Dame in Paris. After the fire was put out and focus shifted to rebuilding efforts it became painfully clear how little accurate source material was available for this incredible task. Lindenbergh: “Architectural drawings are generally quickly outdated because of the many modifications made over the years or even centuries. However, in 2010 an American art professor from Vassar college had spent five days using a Leica Scanstation C10 to meticulously scan the inside of the cathedral – generating 1 billion data points. These scans, only made out of personal interest, are proving to be of great value. It provides the restoration team with a detailed image of the situation before the fire, much more detailed than a conventional photo could ever be”. 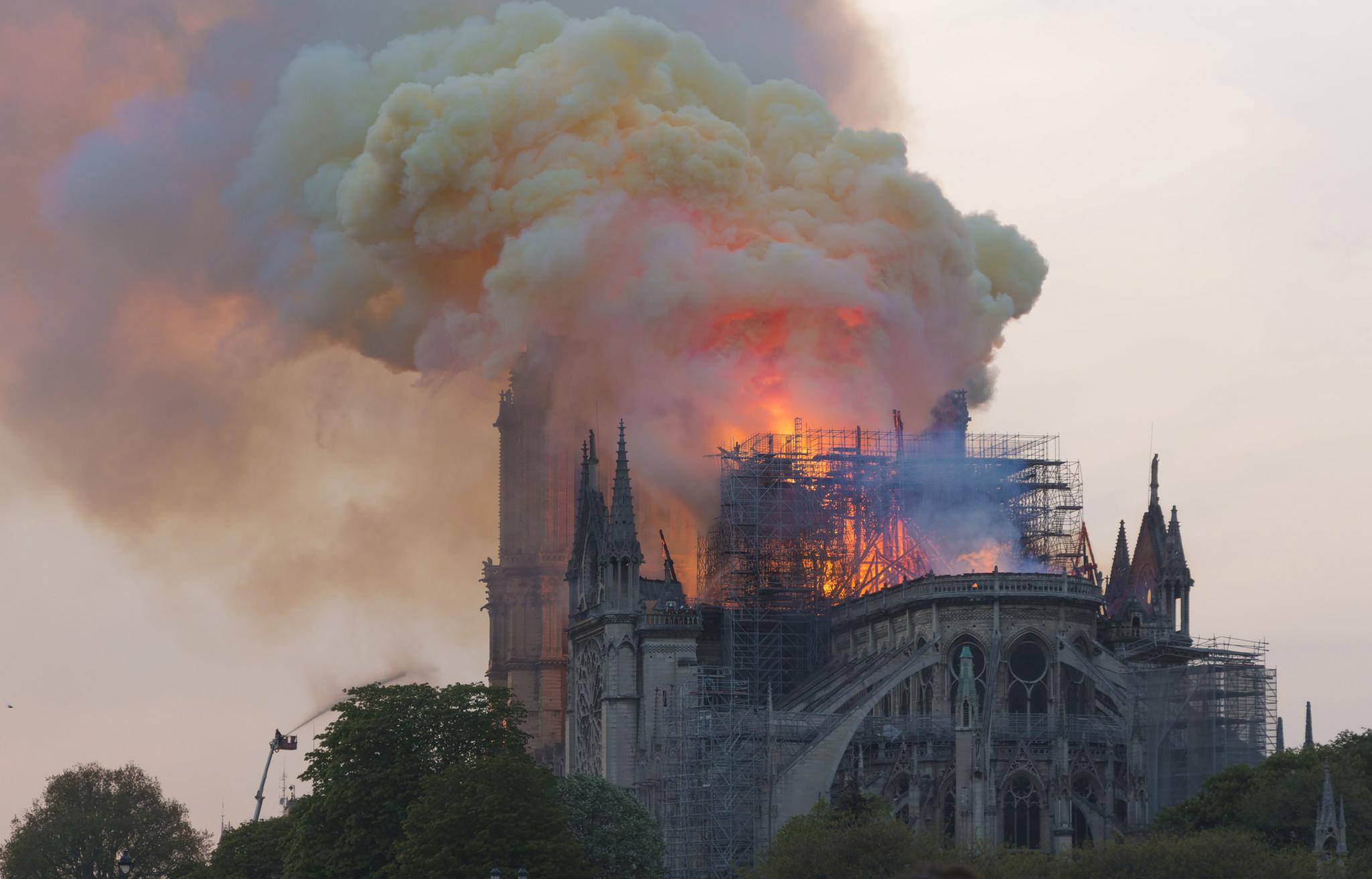 Though the scanning of buildings may seem as a relatively straightforward procedure – there are many ways to gather a data point cloud, Lindenbergh’s team focuses its effort on developing a set of rules to follow when performing a scan. “One example of these rules concerns measurement geometry. When scanning an object from a perpendicular position the more truthful the reading will be, however, as the angle becomes more oblique, laser light will be spread over a bigger area which will distort the reading to an unreliable level. Through methodical research we have determined the angle should never be higher than 70 degrees. This may seem ‘obvious’ but it is the result of a very intensive five-year study”, Lindenbergh concludes. 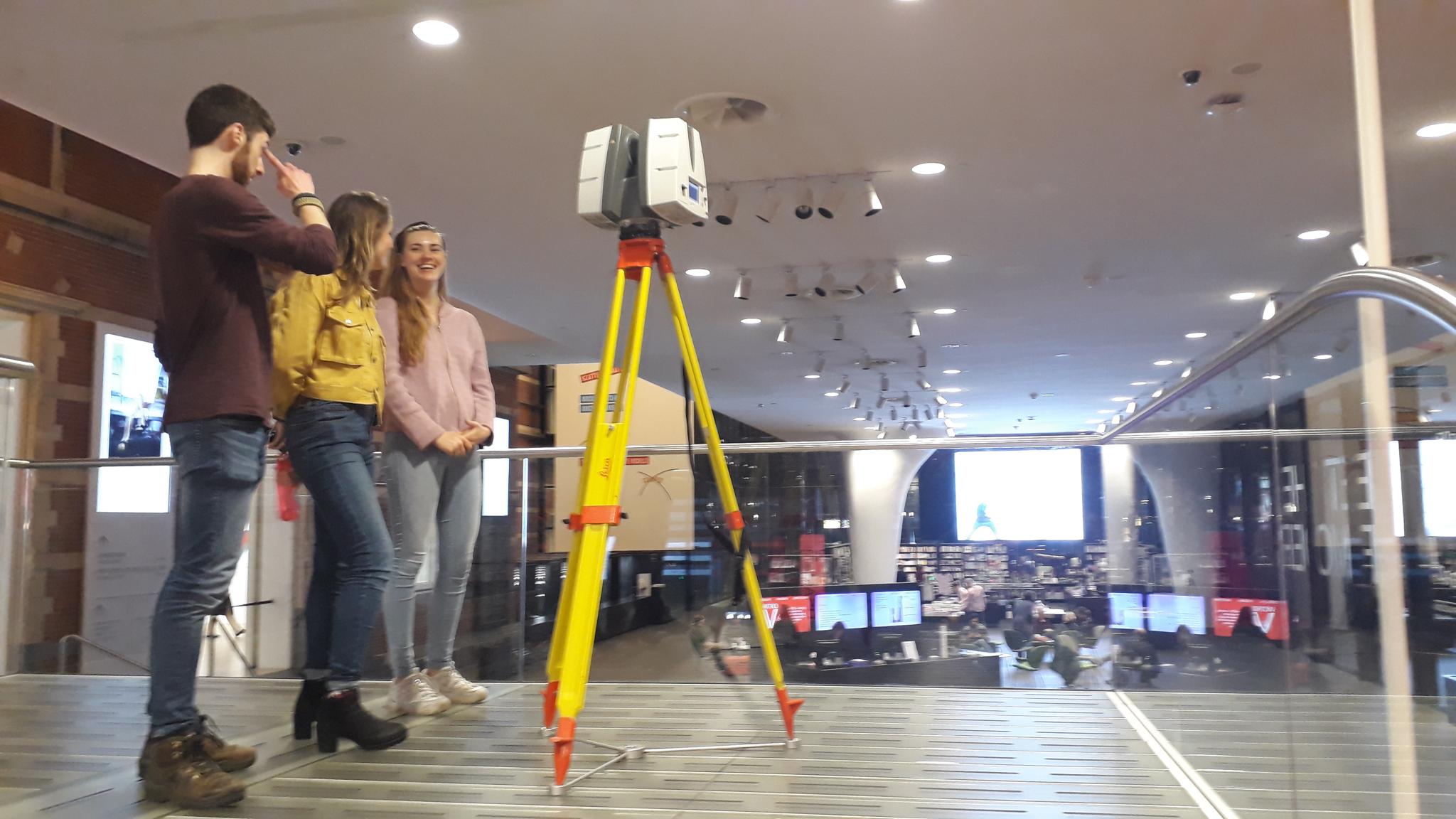 4) Students from the Delft University of Technology use a scan station at the Amsterdam City Museum.

“I expect that digital monitoring will become extremely important in the years to come. We are at the forefront of this development by creating methods to make the readings more consistent. As digital scanning will become easier because of technical innovations, it will play a bigger role in monitoring not just a single building but an entire historic city centre. Add some infrared components and they will tell you the exact location of damp patches in brickwork – susceptible to weakness”. Lindenbergh and his team aim to develop a system where machine learning will be able to make sense of all the collected data. “By setting the bar high enough, we will encounter numerous challenges and problems that will give us a roadmap to our goal”.

Lindenbergh has a passion for heritage: “For me, it is important that I am personally invested in the work that I do. Heritage has always been a fascination for me. Many of the techniques that I aim to develop could also be field-tested in medical settings – but I am simply less drawn to that area of expertise. The Centre for Global Heritage and Development (part of the Leiden-Delft-Erasmus Universities alliance) provides me with an endless stream of out-of-the-box cases that I love to work on. Sometimes this a windmill or a dolmen. Heritage pushes our work to its limits; it is simply never standard”. 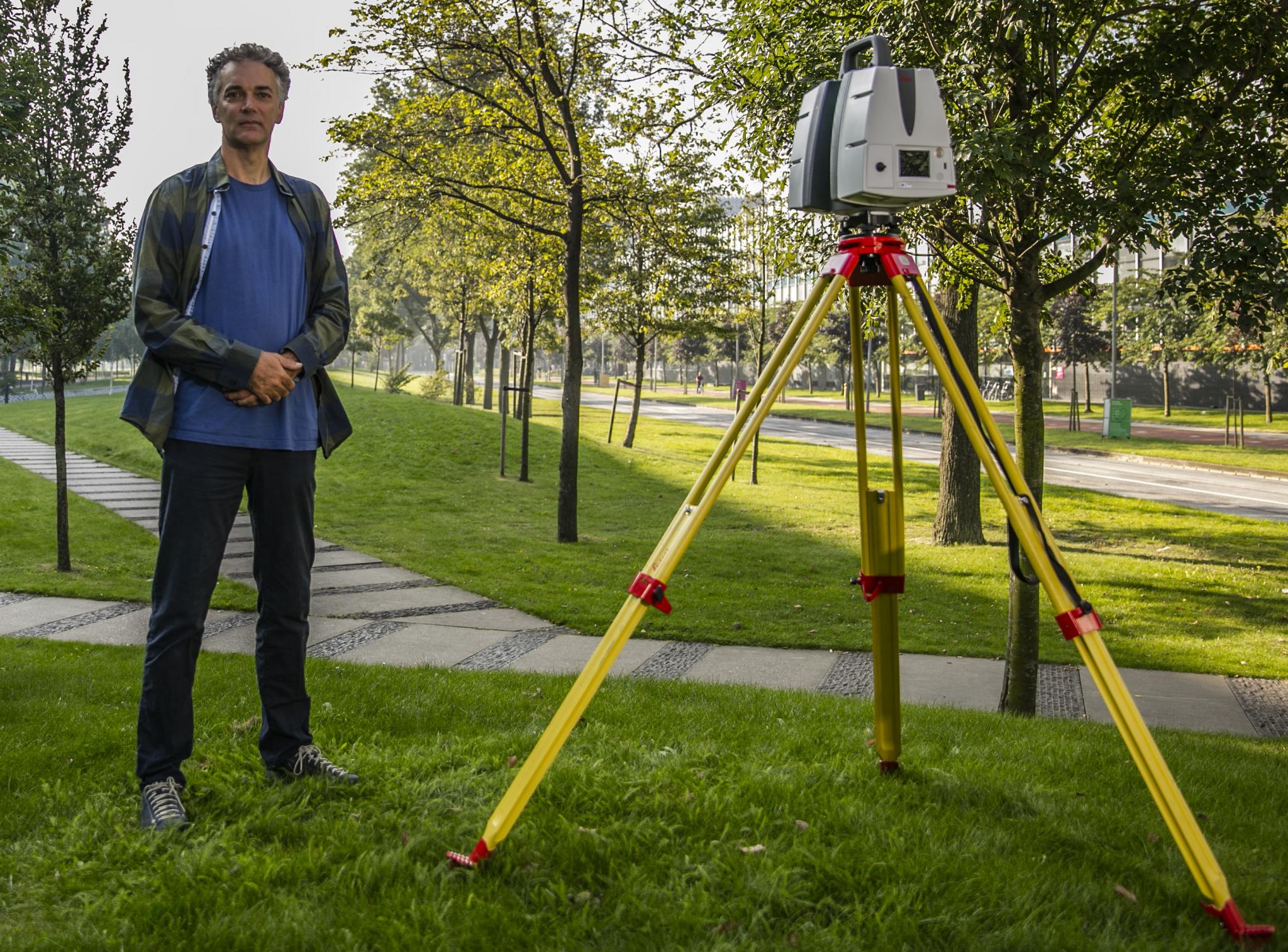 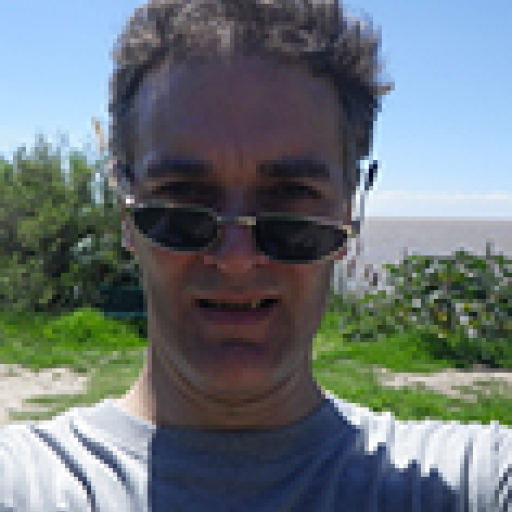 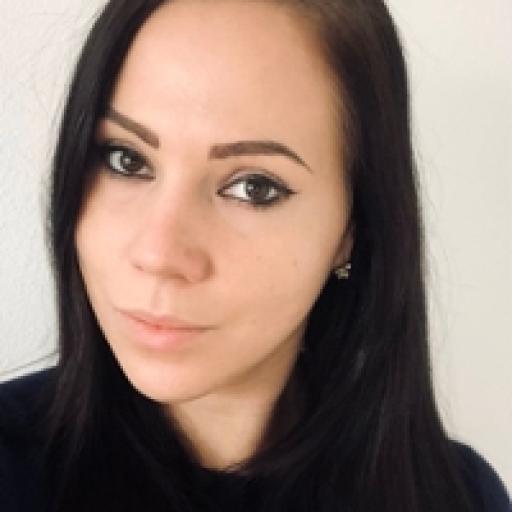 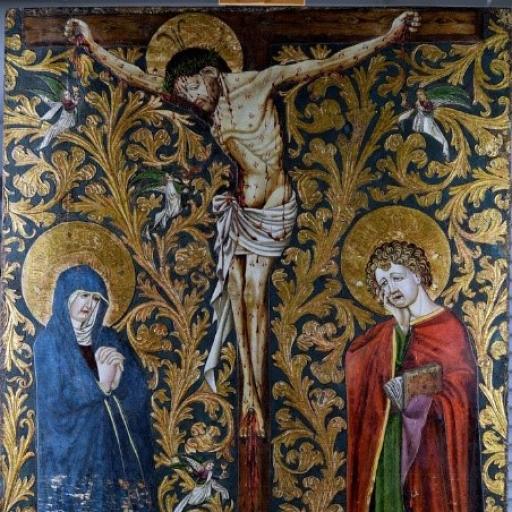 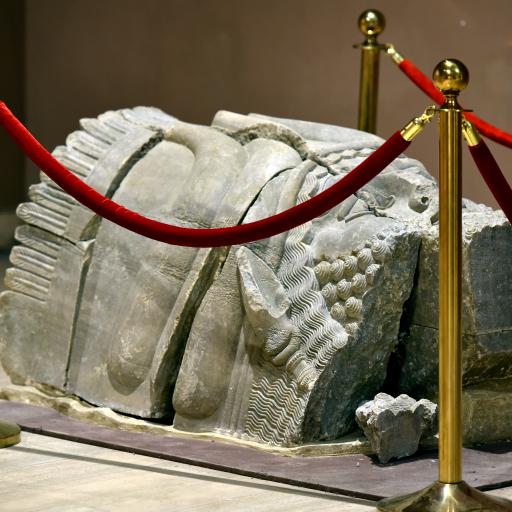