Job title
Professor of Caribbean History at the History Department of Erasmus School of History, Culture and Communication at Erasmus University Rotterdam

Alex van Stipriaan Luïscius (1954), author's name Alex van Stipriaan, is professor of Caribbean History at the History Department of Erasmus University's School of History, Culture and Communication (ESHCC) at Rotterdam. Since 2005 he combines this with a curatorship of Latin America and the Caribbean at the Tropenmuseum Amsterdam. He teaches courses on Caribbean migrations, diversity and cultural heritage, as well as on Diversity in Dutch History, and teaches also on Slavery in the Black Atlantic as well as on Caribbean arts.

His research focuses on Afro-Caribbean history and developments in cultural heritage, particularly of Suriname and to a lesser extent the Dutch Caribbean, as well as on processes of creolization in the Black Atlantic. He co-directed, together with his ESHCC colleaugue professor Marlite Halbertsma an NWO funded research program on Globalization and Cultural Heritage (2006-2010).
Two of his most recent projects were a film documentary (2008) as well as 3 scholarly articles (2007, 2011) on the phenomenon of 'roots'; and a large exhibition cum edited volume on Maroon cultures from Suriname (2009-2010). Both projects were a fine example of the fertile combination of his work at the university and at the museum.
More recently he was asked by the Comité Koninkrijksrelaties to inventory the cultural heritage field and their needs on the Dutch Caribbean islands of Saba, St.Eustatius and Bonaire. He is now working on a book on slavery in Suriname, as well as on a book on the Caribbean collections of the Tropenmuseum.

Alex van Stipriaan was one of the founders of the National Monument to commemorate slavery as well as of the Slavery Institute NiNsee, both in Amsterdam. He co-chairs the scientific advisory board of NiNsee. He is also board member of the inter-university Institute for Research, Education and Documentation on Latin America and the Caribbean (CEDLA). 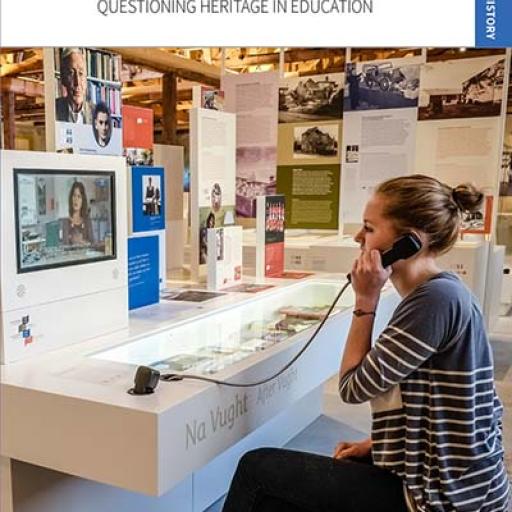